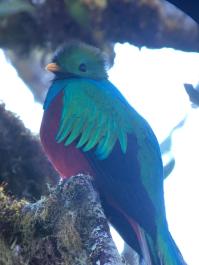 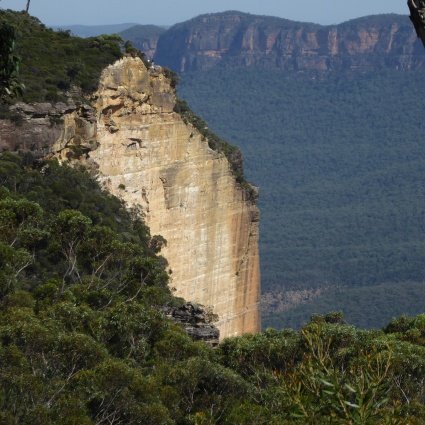 Hopefully the Tealeaflets will be posting more this year. Me and Mo have lots of catching up to do and no doubt while we do, we’ll need copious amounts of tea and cake. Mo and Mr Mo have been off in Costa Rica in pursuit of the elusive Quetzal. Not only did Mo’s dream come true when she spotted one of these beautiful birds but she also saw a mother sloth with her baby. Meanwhile me and Mr Me have been travelling in the Land Down Under. Our wildlife tally has included a little mountain dragon and some slightly less appealing creatures, an Eastern brown snake and a red-backed spider…

On our travels in the beautiful Blue Mountains west of Sydney we came upon a teapot museum in the pretty village of Leura. The Bygone Beautys Treasured Teapot Museum is home to the world’s largest private collection of over 5,500 teapots. Although we’d come for the great outdoors, a quick peek was too much for me to miss and Mr Me gamely came along. A happy hour followed. The collection of teapots spans over 5 centuries and many styles from the classic to the eclectic. 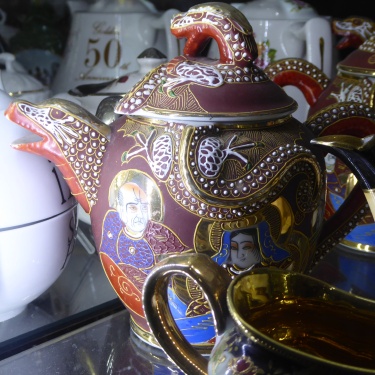 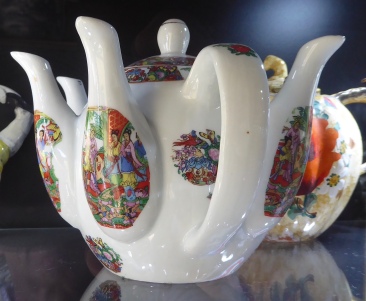 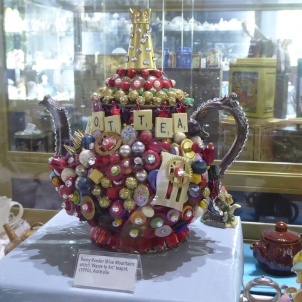 Although it was only lunchtime the museum was already serving afternoon tea. A top-hatted waiter appeared wearing white gloves, pushing a tea trolley bedecked with Union Jacks to an accompaniment of Rule Britannia… We decided to resist and headed off to explore the Megalong Valley. The steep, winding drive down into the valley through the lush rainforest was spectacular. The Aboriginal word Megalong means ‘valley under the rock’. And there, sitting in the valley looking back up at the escarpment of the Blue Mountains, were the Megalong Valley Tearooms. We found ourselves a shady spot under the gum trees in the garden and chose our afternoon tea. 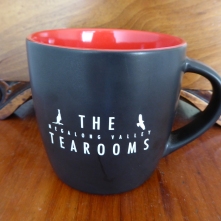 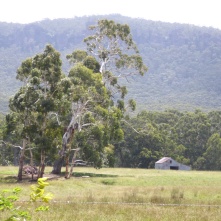 Mr Me had lemongrass and ginger tea to drink which paired well with his Lamington (a classic Australian cake) served with thick whipped cream and berry jam. I had Billy tea (a tropical Queensland blend with Eucalyptus leaves) and two of the Tearooms famous scones served with blackberry jam and thick whipped cream. Jam first, naturally – even though it’s called a Devonshire Tea in Australia Mr Me insists on the Cornish way of doing things. Never, ever cream first! Every bite was delicious and tasted even better eaten in such stunning surroundings. 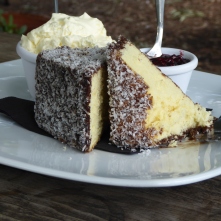 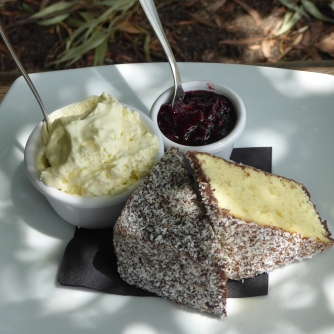 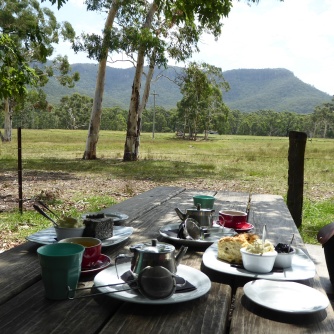 The Megalong Valley Tearooms have been serving teas since 1956 and are now the only tearooms remaining in the valley where there used to be up to 6 tearooms serving Devonshire teas. Long may they prosper. With luck, one day we will return to the beautiful Blue Mountains  – we thoroughly recommend a visit.